Experienced experts committed to supporting those managing or living with ADHD

About the parent company, Tris Pharma

Our Mission: Understanding the science that drives the delivery of drugs to develop products with unique attributes; bringing to market products that add value to our patients and customers; and providing a benefit to our employees and to society.

Tris Medical’s ultimate mission is to improve the lives of those living with Attention Deficit Hyperactivity Disorder (ADHD) and related disorders. We will achieve this by supporting the mental health community, especially those managing or living with ADHD. Tris Medical is a team of passionate experts whose chief focus is to improve the understanding of ADHD and related disorders and its impact on the individual and their family throughout their lifespan. We strive to provide and interpret meaningful information based on pivotal, peer-reviewed scientific literature. We aim to continuously work to better understand our users’ information and data needs and provide them with flexible means to access it, how and when they desire. 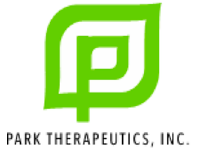 Dr. Hackworth joined Tris in 2021 and leads all facets of our Brand Division. He has over 15 years of multi-therapeutic area experience domestically and internationally with an extensive track record in licensing, M&A and partnership transactions, particularly those with a high degree of complexity, pharmaceutical commercialization, and drug development. Most recently, he founded and was President of Park Therapeutics until it was acquired by Tris in April 2021. Prior to founding Park Therapeutics, Dr. Hackworth held the position of Chief Business Officer at DeepBiome and was Sr. Vice President, Corporate Development and Commercialization Strategy at Shionogi. Dr. Hackworth holds a Ph.D. in Physics from Columbia University and a B.S. in Physics from The Ohio State University.

Dr. Joseph Grieco joined Tris Pharma in September 2022. He has an extensive background in clinical development programs in multiple therapeutic areas with a focus on severe and rare diseases including lysosomal storage disorders (Neimann-Pick), genetic disorders (Angelman, Fragile X, developmental encephalopathy) and neo-natal conditions (jaundice/hyperbilirubinemia), as well as severe ophthalmological conditions. He is currently the Vice President of Clinical Development at Tris Pharma where he leads clinical development and pharmacovigilance, informs asset development, and oversees the operational execution of clinical trials. Prior to his current role at Tris, he held roles of increasing responsibility in both biotech and academia. His early work began as an academic neuroscientist studying Alzheimer’s disease and Parkinson’s Dementia with a focus on rare congenital cognitive disorders, specifically Angelman and Fragile X Syndrome. Most notably during this tenure he identified the first candidate medicine for the treatment of Angelman syndrome which led to the first ever clinical trial in this population with a severe unmet need. In addition, he has worked with advocacy groups, physicians, and researchers to create a biomarker and outcome measure consortium to identify and develop endpoints for use in clinical research. As a director in clinical development, he has led intensive global programs and conducted numerous clinical trials and early access programs of rare diseases. This work included the development of patient reported outcomes and introduction of the electronic clinical outcome assessment into the clinical study space. Dr. Grieco holds a Ph.D. in Neuroscience and a M.S. in Medical Science from the University of South Florida, Tampa, Florida.

Dr. Pardo is currently the Director of Clinical Development at Tris Pharma. He has held leadership positions in the pharmaceutical and clinical research industry for over 14 years and has managed over 300 clinical studies including bioavailability, bioequivalence, efficacy and safety studies. He received his MD degree from Universidad El Bosque, School of Medicine in Bogota, Colombia and became a Regulatory Affairs Specialist from the Toronto Institute of Pharmaceutical Technology in Toronto, Canada.

Dr. Rafla is currently a Senior Clinical Project Lead at Tris Pharma. She has over 20 years’ experience in patient care and clinical research. Dr. Rafla practiced direct patient care for approximately 10 years. She then began managing and conducting clinical trials, applying her clinical expertise to develop SOPs, training other staff members and ensuring regulatory compliance is met. In her current role, Dr. Rafla continues to leverage her medical expertise and past experience to oversee the conduct of Phase I, II and III clinical trials, serve as the primary medical reviewer for the promotional review committee (PRC), and is the senior medical reviewer of Pharmacovigilance reporting for all of Tris’ marketed products. Dr. Rafla received her medical degree from Alexandria University in Egypt following which she obtained her Master’s degree in Internal Medicine to become an Internal Medicine specialist.

Dr. Fam has worked in the pharmaceutical industry for the past 7 years across multiple functions including Pharmacovigilance, Medical Information and Medical Affairs. He has experience in several therapeutic areas including Consumer Health, Women’s Health, Pain/Opioid Induced Constipation, Chronic Cough, and Infectious Diseases. Dr. Fam joined Tris in December of 2021 as the Director of Medical Information and Publications. Most recently, David served as the Director of Medical Affairs at Shionogi. Before joining the pharmaceutical industry, David worked as a community pharmacist in New Jersey and New York where he served patients with various needs ranging from answering questions about over the counter drugs, administering vaccines and managing a Methadone Clinic. David completed his Doctor of Pharmacy (PharmD) degree at the Ernest Mario School of Pharmacy at Rutgers University in New Brunswick, NJ.

Dr. Jennifer Robinson joined Tris Pharma in June 2019. She brings over 22 years of experience from both industry and pharmacy practice settings, including over 16 years of cumulative ADHD pharmaceutical experience with Tris Pharma, Shire (Takeda) and Ironshore Pharmaceuticals. She is currently Director, Field Medical Strategy and Director, Medical Training with Tris Pharma, which primarily includes developing and providing therapeutic area training to both Commercial and Medical divisions, in addition to retaining some traditional MSL activities. Previously, she was the Shire US Neuroscience MSL Team Lead as well as Director, Eastern Regional MSL Lead for Ironshore. Prior to her industry experience, she began her career as a clinical pharmacist and later served as Clinical Assistant Professor for the University of Mississippi School of Pharmacy as well as Clinical Coordinator of Pharmacy Services at Baptist Memorial Hospital – North Mississippi. She received her Doctor of Pharmacy degree from the University of Mississippi and subsequently completed her Pharmacy Practice Residency at North Mississippi Medical Center in Tupelo, MS.
Request a meeting

Dr. Duhoux is currently the Medical Director and Senior MSL at Tris Pharma. She has seven years of combined experience in clinical research and pharmaceutical industry in the Attention-Deficit/Hyperactivity Disorder (ADHD) field. Dr. Duhoux began her career as a Medical Science Liaison (MSL) at Vaya Pharma, and then joined Tris Pharma, where she has been contributing to medical and clinical affairs activities, first as an MSL, and then as a medical director. Dr. Duhoux received her Ph.D. in Neuroscience and Masters of Biology from the University of Geneva, Switzerland, a Master of Neuroscience from the University of Lyon, France, and a European Diploma in Cognitive and Brain Sciences, from the Hanse Institute for Advanced Study, Germany. After completing her Ph.D., Dr. Duhoux moved to New York, and did two post-doctoral fellowships, one in developmental and translational research at Weill Cornell Medical College (2010-2012), and one in ADHD clinical research (2012-2014) at Mount Sinai Hospital.
Request a meeting

Dr. Dansie began a career focused on CNS and neurodevelopmental disorders in 2006. She began her career in the pharmaceutical industry as a Medical Science Liaison (MSL) in 2015. Since 2018, her sole professional focus has been on ADHD. Dr. Dansie joined Tris Pharma in 2019, and she is currently Director, Field Medical Strategy. In addition to retaining some traditional MSL activities, her current responsibilities are centered on informing medical operations and strategy, including support of company strategy, as well as evaluation and development of digital platforms and opportunities. She also guest lectures for Neuroscience courses at the University of California, Riverside (UCR) as well as serves as a speaker and mentor for various career development programs throughout the country. She received her PhD in Biochemistry and Molecular Biology from UCR for laboratory, behavioral, clinical and translational research she participated in studying Fragile X Syndrome. Following completion of her PhD she completed a postdoctoral fellowship at St. Jude’s Children’s Research Hospital while concurrently completing her MBA at the University of Memphis.
Request a meeting

Dr. Keith Nguyen joined Tris Pharma in 2022 as a Medial Science Liaison for the North Central region. Prior to that, he was in clinical practice as the Cardiac and Neurocritical Care pharmacist at Northshore – Edward-Elmhurst Health in Naperville, IL. He also has extensive experience in community pharmacy and has served on the Speakers Bureau with AstraZeneca. His clinical research includes antiplatelet therapy and anticoagulation reversal, and he has extensive clinical experience in the management of stroke and intracranial bleed patients. Dr. Nguyen completed his Doctor of Pharmacy degree at the University of Illinois in Chicago and is board certified in Pharmacotherapy and Critical Care Pharmacy. He has been an active member of the Society of Critical Care Medicine, Neurocritical Care Society, and the American College of Clinical Pharmacy.
Request a Meeting

Dr. Krause began her career with Tris in 2022. Her career started as a retail pharmacist and for the past 16 years she has worked as a clinical pharmacist in academic medical centers, community hospitals and the Veteran’s Affairs Health System. Dr. Krause’s clinical career has afforded her opportunities to work in several therapeutic areas. She has worked in Critical Care providing cardiovascular/neurological pharmacotherapy and psychiatric pharmacotherapy for inpatients. Dr. Krause will be covering the South Central region as a Medical Science Liaison. Her Doctorate of Pharmacy is from the University of Iowa and she is a Board Certified Pharmacotherapy Specialist.
Request a Meeting

Ms. Naik joined Tris in December 2019 as a Medical Team Coordinator. During her tenure she has gained knowledge and experience in ADHD and received two promotions to become Medical Affairs Project Lead. Her responsibilities at Tris include support of Clinical and Medical Affairs Divisions, including supporting resource and presentation development, congress planning, preparing documents for regulatory review, clinical trial execution, and Medical Information and Communications, among other activities. Immediately prior to joining Tris, she graduated with a Masters of Public Health degree with a concentration in Epidemiology from Rutgers University. She also holds a BS in Biology with a minor in Psychology.

I am a United States Healthcare Professional

You are about to leave TrisMedical.com and enter TrisPharma.com. Would you like to continue?

You are about to leave TrisMedical.com and enter a website operated by a third party. Would you like to continue?